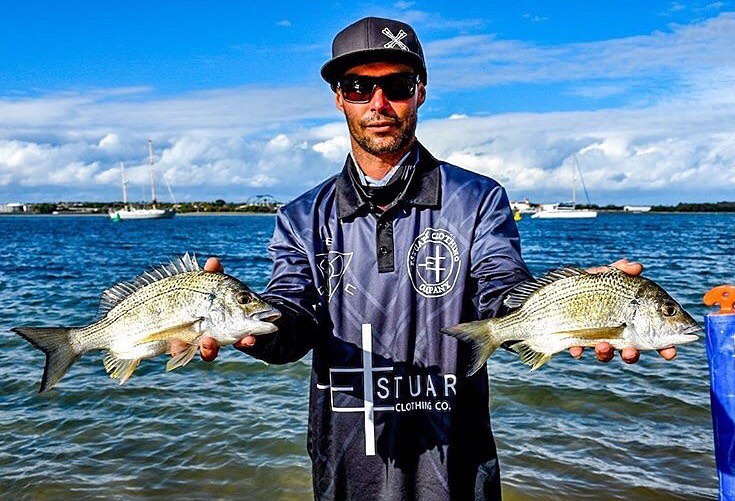 WHO INFLUENCED YOU TO START FISHING?
Probably the biggest influence for me was my Grandfather, chasing tailor off the rocks at Noosa and trips in the old Suzuki fishing for dart at Double Island.

FAVOURITE SPECIES TO TARGET?
It’s a bit hard to really pick one, it would have to be between wild bass on top waters and bream in canals on super light line.

FAVOURITE STYLE OF FISHING?
Topwater for sure!
It doesn’t matter if its a 30cm bass or 50cm jack, the buzz of seeing that strike is hard to beat.

TOP 3 PLACES YOU WOULD LOVE TO FISH?
COMPS YOU FISH?
I fish a few different comps, covering both bream and bass.
The local KFT comps and Hobie kayak events cover me for bream events out of my kayak and  Bass Nation and ABT for bass in both my kayak and boat.
I’ve found it’s been a great way to meet new people and learn some great new techniques.

OTHER INTERESTS?
Camping  and  4WDing 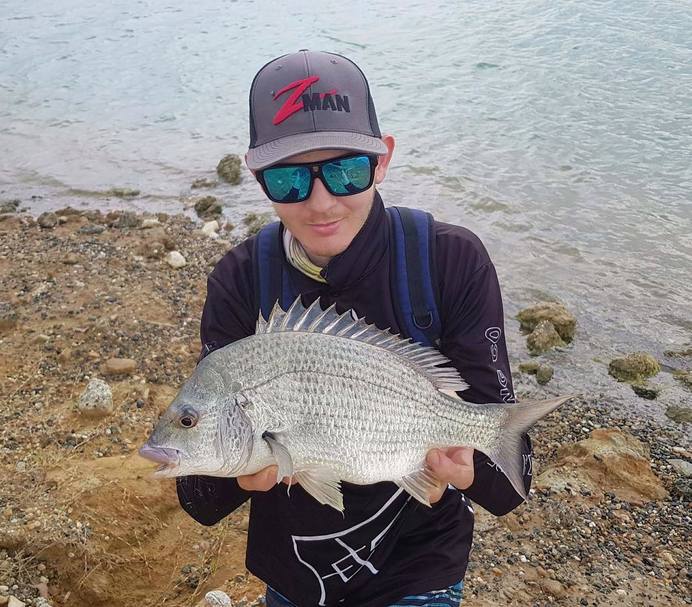 FAVOURITE  SPECIES  TO  TARGET?
Would  have  to  be  Yellowfin  Bream  as  they  are  always  challenging and  becoming  increasingly  intelligent. 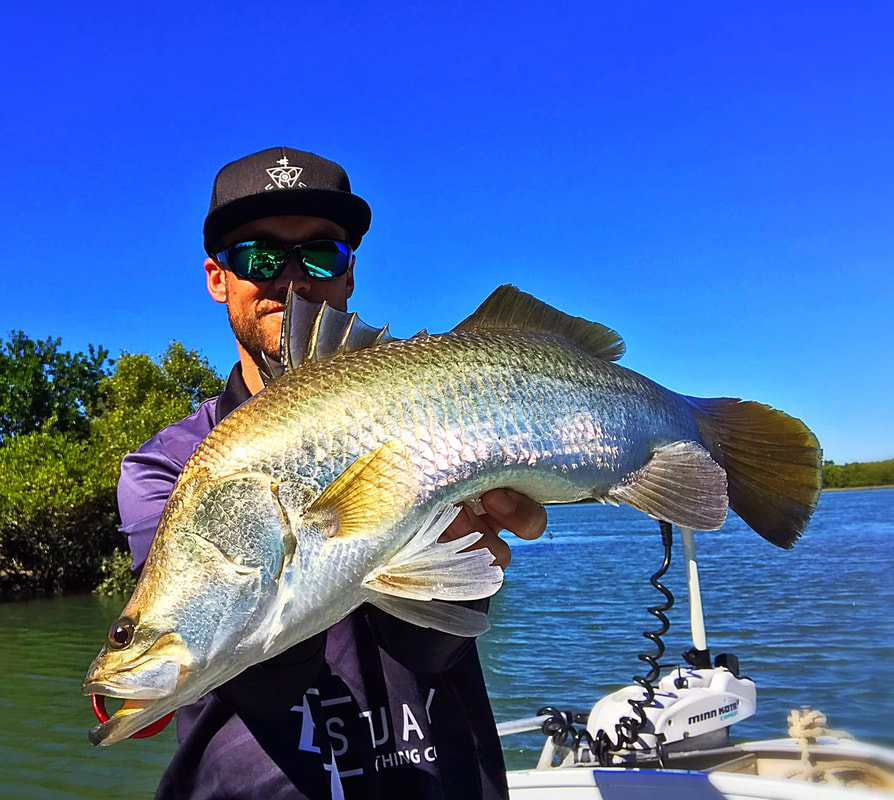 WHO  INFLUENCED YOU  TO  START  FISHING?
I guess my parents have been the biggest influence for me from the get go, taking me fishing from before i can even remember.I've also had a few good mates along the way point me in the right direction with lure fishing .

FAVOURITE  SPECIES  TO  TARGET?
Theres's many species I like to target  . I have a bit of a soft spot for walking the flats for the humble Flathead and the by catch it brings.
I love the time in the fresh chasing sooty grunters but the strike and watching a Barra jump probably takes the win for me.

FAVOURITE  STYLE  OF  FISHING?
Soft  plastics are normally my go to..but surface is definitely the most exciting, it's always awesome watching a surface strike!

COMPS  YOU  FISH?
Haven't fished any real comps yet, hopefully in the future I can have a crack at a few of the local comps and progress from there. 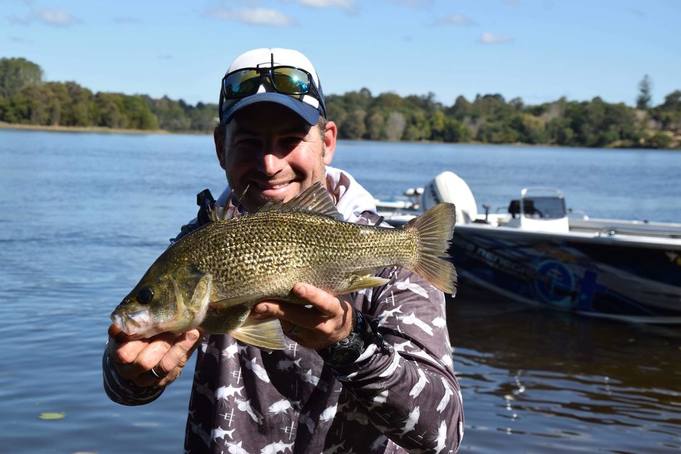 WHO  INFLUENCED YOU  TO  START  FISHING?
Honestly I don't remember  how or why   I got into  fishing.  I've   always   just   been  into it. My  parent definitely encouraged it and did all they could to promote my passion.

FAVOURITE  SPECIES  TO  TARGET?
Anything that swims, hits lures  and will pull some string. I love bass(since they are 10  minutes down the road), but really I think fishing for different species teaches us  different techniques and styles which can then help out while times are tough.

FAVOURITE  STYLE  OF  FISHING?
Surface, Surface and Surface.. runner up would be Surface!

COMPS  YOU  FISH?
Mainly the local Lake Macdonald   Stocking Association  Comps, but the last year I'Ve started doing  Yak  Hunters eventsand gave a n ABT Bass Electric comp a go and I'll definitely be fihing more of them. Met some great guys and you  learn a lot from them.

OTHER  INTERESTS?
Camping, 4x4 and annoying my wife by collecting kayaks and random boats. 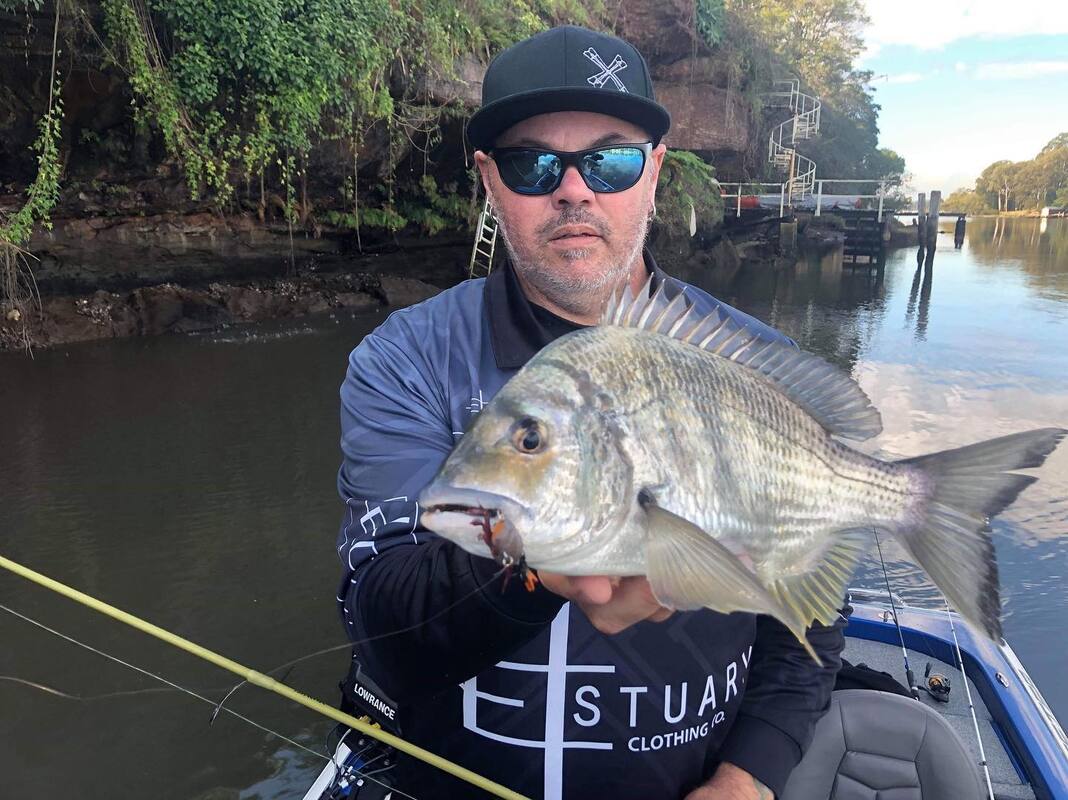 WHO  INFLUENCED YOU  TO  START  FISHING?
My grandfather and my dad. I started fishing for Blackfish, learning then at the  age of 14 my Dad bought me my first tinny and I was hooked.
I was a mad bait fisherman until the age of 17 when I discovered plastics and hard body lures: and I've never looked back.

FAVOURITE  SPECIES  TO  TARGET?
Bream, Estuary Perch and Bass, but I get  a thrill out of any fish I catch.

FAVOURITE  STYLE  OF  FISHING?
Definitely surface.Theres's nothing better, and more exciting, than watching the  lure get smacked at the top.

TOP 3  PLACES  YOU  WOULD  LOVE  TO  FISH?
1. South Africa for the Tigerfish
2. Baja in California for  Roosterfish
3. North Atlantic for Hallibut

OTHER  INTERESTS?
Fishing with my daughter and anything that involves fishing . 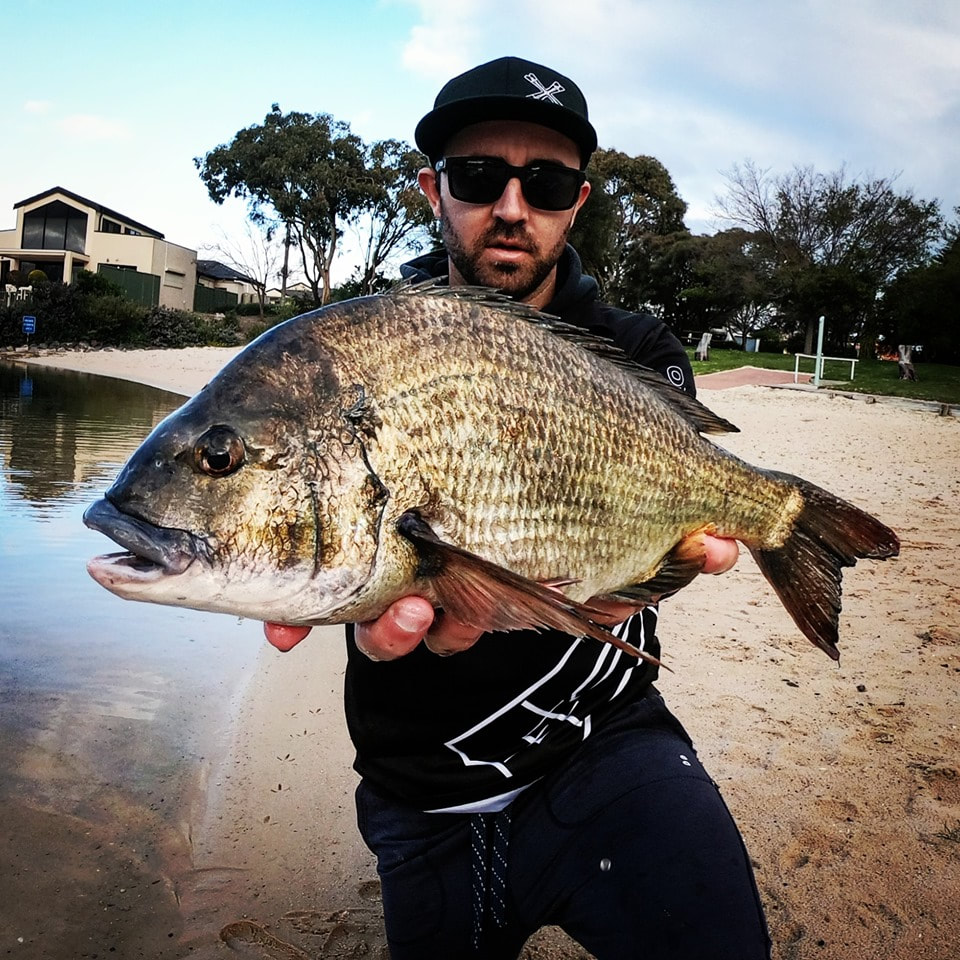 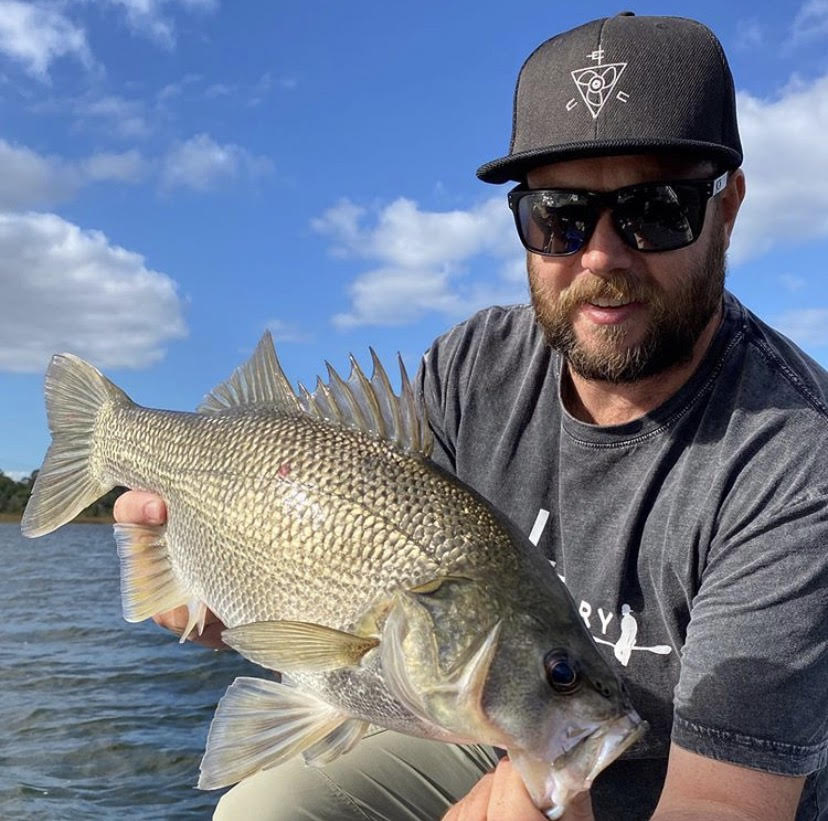 OTHER  INTERESTS?
AFL and   Golf 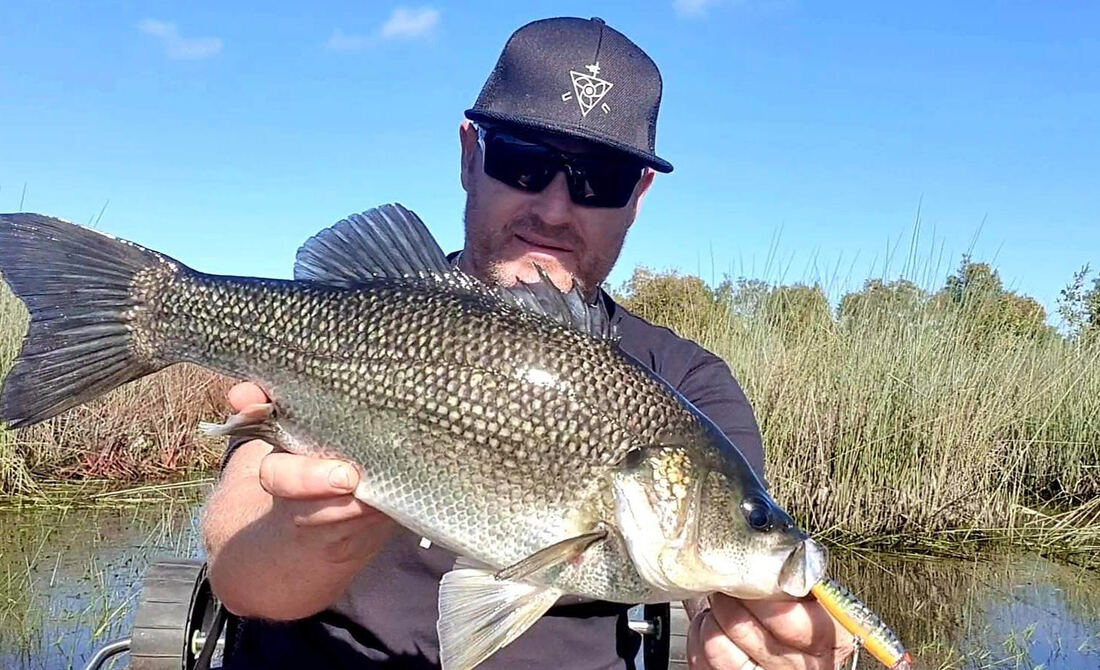 WHO  INFLUENCED YOU  TO  START  FISHING?
Definitely  my  Dad,  we would go fishing every weekend and camp  every school  holidays.
We'd   be chasing   Cod   and Yellas   in the   Edward River   in   Deniliquin   and   surrounds.

FAVOURITE  STYLE  OF  FISHING?
Jerkbait and Crank  baiting.
Whether   it's  weed edges for   bass or  crank baiting   shallow flats  for   big   bream.
Surface   would   be  close   to   second. 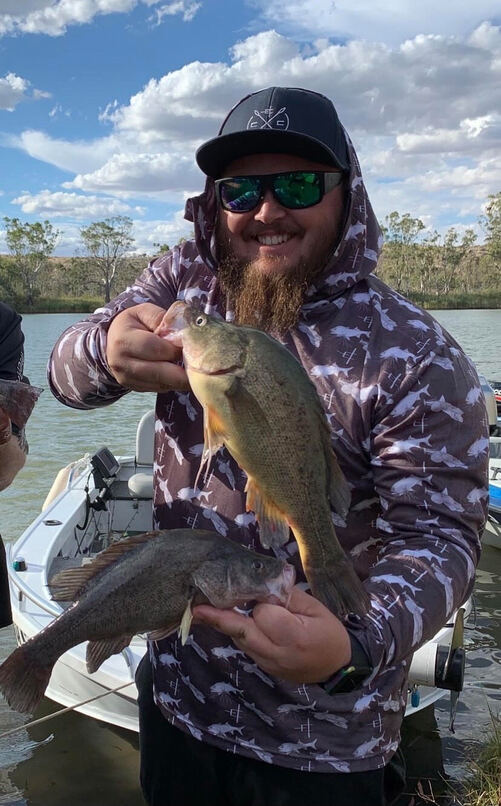 WHO  INFLUENCED YOU  TO  START  FISHING?
Unsure really, my parents gave it a go on family trips away but neither of them could tie a knot to save
their lives, I just picked it up through high school and have been hooked since.

FAVOURITE  SPECIES  TO  TARGET?
I’d say bream as that’s the main competition species and I am normally good for a fish or two but I enjoy
chasing King’s, Mulloway and Yellowbelly.

FAVOURITE  STYLE  OF  FISHING?
Kayak based lure fishing.
There is nothing better than a top water bite. 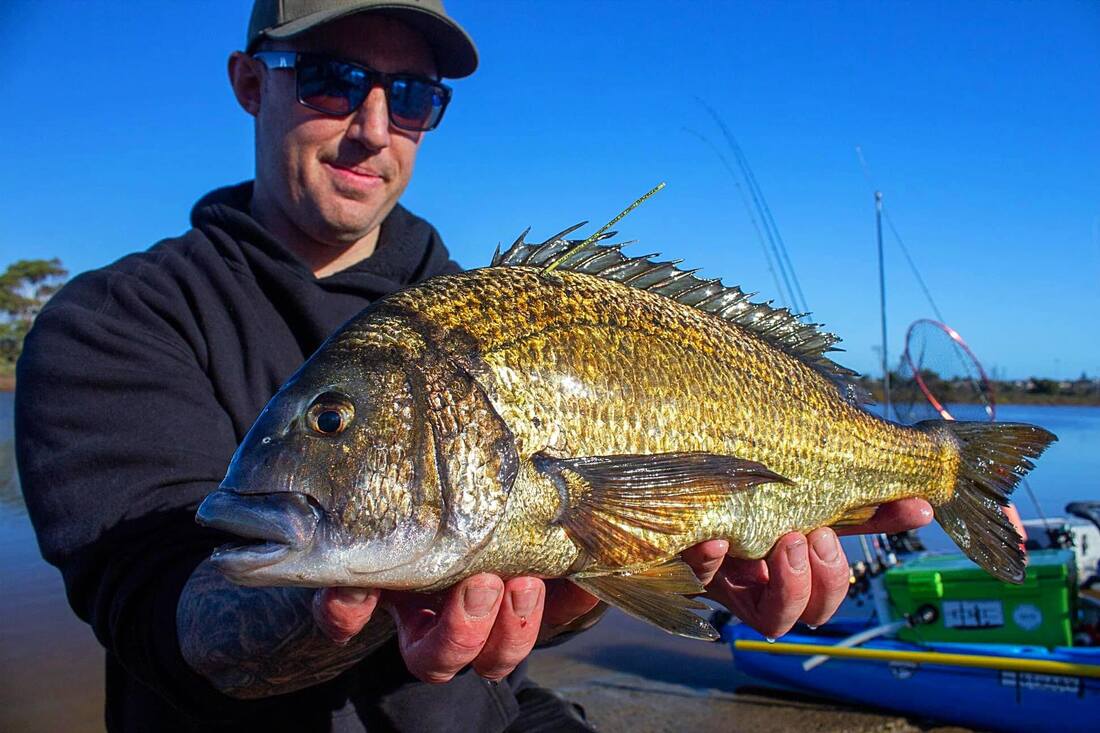 WHO  INFLUENCED YOU  TO  START  FISHING?
My Dad. From a very young age I have been heading over to the family holiday house on
Kangaroo Island, which is a pristine Island off the south coast of South Australia known for
its high-quality fishing and plentiful recreational fishing opportunities, so it was only natural
that fishing would become an important part of my life. Catching bream in the micro
estuaries and snapper out in the bay with Dad forms some of my most cherished childhood
memories.

FAVOURITE  SPECIES  TO  TARGET?
​I love targeting mulloway/jewfish in the Coorong, salmon on Kangaroo Island from the
stones and flathead on topwater lures, but at the moment my favourite species to target is
bream. The adrenaline rush from chasing big brutes on ultra-light gear in skinny water
systems is a rush hard to replicate without breaking the bank.

FAVOURITE  STYLE  OF  FISHING?
Anything topwater for me. Whether it be micro estuary bream, beach flatties or schooled up
salmon, watching the water boil behind your lure before a splashing crunch is an experience
that I continue to search for.

COMPS  YOU  FISH?
I currently compete in Bream Master SA, which I am also Tournament Director of with
fellow SA Angler, Ben ‘Gibbsy’ Gibbs. I also compete in the Lower Murray Lure Fishing
Club tournaments along the River Murray and have previously competed in Yak Hunters
events which I intend on doing again in the near future.

OTHER  INTERESTS?
I am a Director of an NGO in South Australia which represents recreational anglers and
undertakes a number of initiatives to improve recreational fishing experiences, a member of
the OzFish Barossa Chapter and Chairperson of the Warren Recreational Fishing Committee.
I am also passionate about citizen science and take part in fish tagging in South Australia
through the states leading tagging organisation, SAFTAG.
​
SPONSORS?
Estuary Clothing Co. 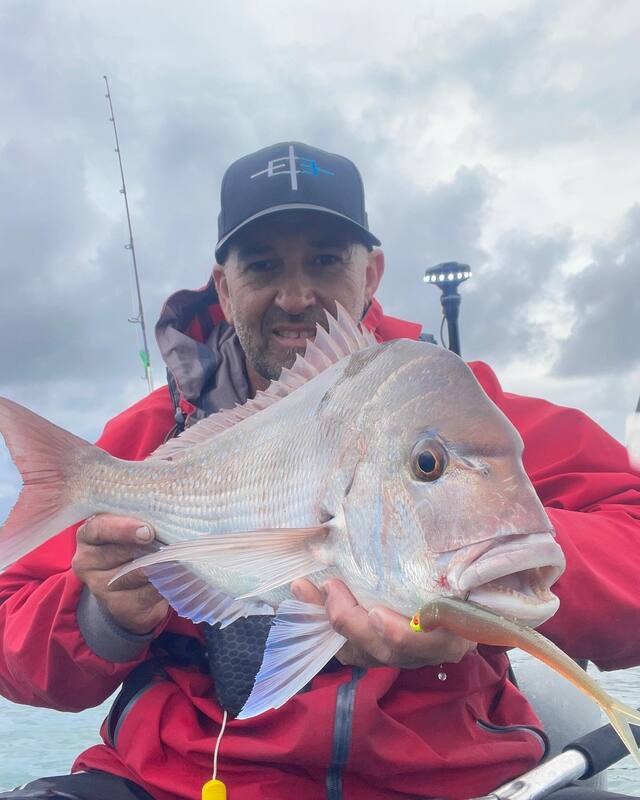 WHO  INFLUENCED YOU  TO  START  FISHING?
My younger brother, I hated  fishing as a kid, but spending the holidays at   Ballina he used to drag me along with him...
I soon found the love for it !!

OTHER  INTERESTS?
Surfing with my kids
​Making my own hard body lures
​
SPONSORS?
Estuary Clothing Co. 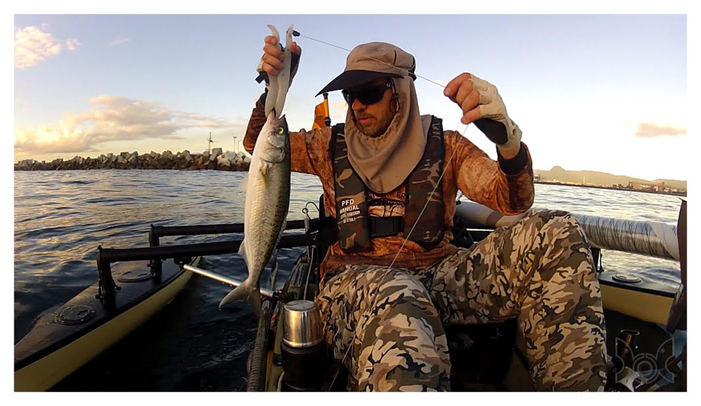 WHO  INFLUENCED YOU  TO  START  FISHING?
As a kid  my  Uncles  and  my  Father  while  holidaying  on the NSW  Central  Coast.
I still  remember  the  first  fish  I  caught  unassisted  was  a  flathead  at  Booker  Bay  near  Gosford.

FAVOURITE  SPECIES  TO  TARGET?
Bass  in the  Fresh  and  Flathead,Whiting, or anything  in  the  Salt  ! 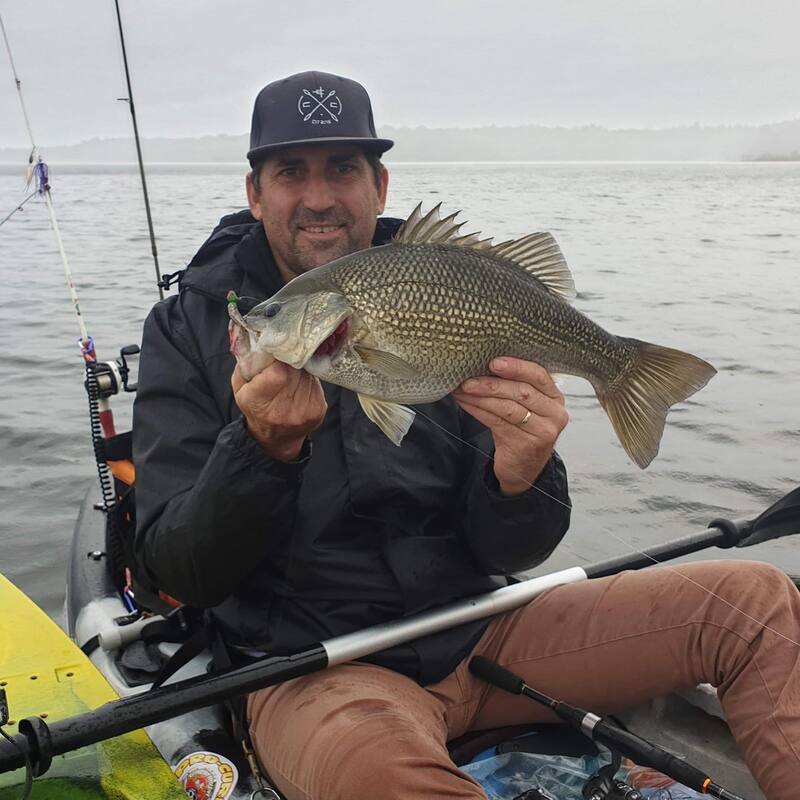 WHO  INFLUENCED YOU  TO  START  FISHING?
My  Granddad started  my  fishing journey...fishing most weekends and most of the school holidays in primary school!
He taught my cousin and I how to fish for bream, Aussie salmon and mullet  in the  Port  River , Adelaide .
He was the one  who  taught me to cast ,tie knots and  dig for tube worms !True  Legend .

FAVOURITE  SPECIES  TO  TARGET?
My favourite all round species to target  would have  to be  flathead ....because  I  love fishing the estuary and love  the  by catch ...anything  from  bream  to  trevally to jew!

FAVOURITE  STYLE  OF  FISHING?
Fishing  with  lures!  Surface  is the  ultimate ...